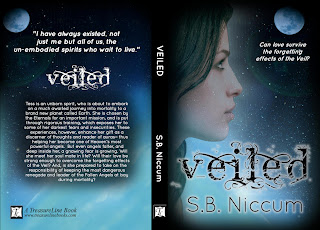 My cover was created by Jaimey Grant ( http://www.anauthorsart.com ), the cover design artist for Treasurline Books Publisher.
She is a woman of amazing talent both as a writer and as a cover designer.

The cover of a book is almost as important as the contents. The saying to "Don't judge a book by its cover" is only really true when it applies to people--not actual books.
Lets face it, a good cover will make you pick up a book that you would have not picked up other-wise.

It comes as no surprise, that during the "Twilight" craze, Little Brown re-packaged some old classics like "Wuthering Heights" and "Pride and Prejudice" with covers to match the iconic solid black background and single red or white flower of the "Twilight" books. Did I pick it up? Yep! I sure did! After closer inspection I realized that I was holding two old books in a new cover. I thought it was a witty idea.

So while I wrote and wrote and dreamed and dreamed, I also thought and thought about what I wanted my cover to look like.
I think I even posted some examples on some of my earlier posts.

At one point I asked Linda Boulanger from Treasureline Books, about covers and she did a great post on her blog ( http://writersshelflife.blogspot.com ). So after reading that post I went to work at finding stock photography that I thought I could use for my cover.
I spent a solid weekend looking at more pictures that I care to remember, finally I found three pictures that I thought could mesh into a cover. 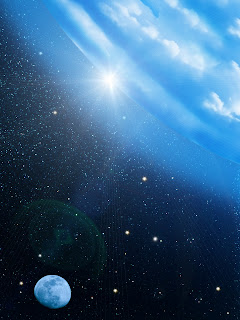 Jaimey took these three pictures and with her magic keyboard made an awesome cover! I did go a little diva on her a few times, wanting to try different things and fonts. I'm sure every time she sent me a new re-mix on the cover she rolled her eyes and said a prayer!

In the end all my bright ideas didn't seem all that bright and I learned that she was spot on from the beginning!
So here I am, one step closer to the actual hold in my hand 6X9 matte with cream colored pages Dream!
Posted by S.B.Niccum at 3:07 PM 6 comments:

…I’m a legal alien!
It’s intricate work being an alien, there’s lots of fine lines to walk and a lot of taboos to learn about. The name itself is a daunting task—alien. Right off the bat you know you stand apart, not “natural born” but of foreign origin.

Then there’s the language, one my favorite lines from a movie “A Walk in the Clouds” the character of the father says to the guy that just married his daughter, “I don’t think with an accent.” Man, I love that line.

In Argentina, my mom made us all take English from a young age. She considered it a must for us kids, and even started her own English Institute in Buenos Aires when I was twelve years old. The problem with me and English was that I never thought I would use it, so I never cared to learn it!

Some of it must have stuck, because my first High School English class I took, I got an A. We were studying Shakespeare’s Romeo and Juliet, and I could read and write somewhat in the language. My mom was furious! She actually complained to the Principal about my A, asking him why I was given such a grade when I couldn’t even speak the language.

School wasn’t easy for me here, in spite of my initial A, and neither was making friends. One look at me and most kids would peg me for an American, then I would speak and I could see their wheels start to turn. “Australia? Sweden? South Africa?” Yep! Believe it or not, those were the usual suspect countries that I was peg to be from.

I could have tried to fit in with the Latino crowd, but that was equally impossible. They would hear me speak with my Argentine accent, and wonder where on earth I was from.

Alien, I was an alien. Alienated on both sides, but don’t feel too sad for me. These things build character, so I turned to books!

The other part of being an alien that is tricky is the whole “status” thing. Until I became a “Naturalized Citizen”, I had to keep my status in check. My parents were “Permanent Residents”, a very coveted status to have. But as such they could not keep me in the U.S. legally after I turned eighteen. So I had to apply for a “Student Visa” and study. This I did gladly, but a tragic turn of events rendered my father unable to work, so I was faced with two choices. Go back to Argentina, or transfer schools.

My mom was teaching—then at a two year school—where I could study for free. The problem now was that I was a senior, majoring in Spanish Lit. The college my mom was teaching at was working on a four year program in that same department, but it was a long ways away form materializing.

Thant’s when Culinary School came into my life! Not only was I able to keep my status as a student, but I was also able to learn the art of cooking. So now I’m the Queen of Eclectic!

My accent is my own, with no discernible root. Visually I’m as gringa as they come. Now a mother and a homeschooler, a treadmill-runner, stationary-biker and incense burning yoga-freak!

Here's one of my favorite Recepes from Culinary School
Posted by S.B.Niccum at 2:37 PM 3 comments:

As promised I made a second interview!

In this second part to the interview between Tess, the main character of my soon to come out book titled "VEILED", Tess talks to Larry about the gifts that some of her clan members have.
Larry gets a bit disgruntled when he finds out what Tess' gift is.
Hope you enjoy this next bit of silliness!