"I always admire when an author can blend truth with fantasy. In this case anyone can interpret their own truths from this story line and let the fantasy actually become reality for them. I would like to make a bold prediction that vampires are sooooo 2008. I will predict the coming of angels as the new hot trend to behold. They are relatable characters...you will find someone in your family if not yourself in this book. Couple that with the eternal struggles that man and angel will have for eternity and you have yourself the makings of a can't put down read. No really ...could not put the book down .....lost some serious sleep to get to the end that I did NOT want to end. Love,truth, and to be validated...that is all any human wants and I guess the same goes for the angelic realm. Taking stock of where that validation comes from will make you think of your loved ones your higher power and every relationship that comes to pass you in your life. That is what this author did for me. Thinking and feeling are great human traits to have...I am only glad to know that angels and SB Niccum have them to share with us on this little blue planet."


By mattyd:  "This novel was exquisite, with an intriguing plot and an equally interesting take on eternity. I would compare it to the first Matrix movie, in that it was an amazing plot with an interesting twist on reality, or eternity in the case of Veiled.  I would highly recommend reading this book, since it's only $0.99 if you have a kindle, and it is likely worth the $13 if you don't have a Kindle. I'm do this turns into a series."


By winnypooh3 - "I have never read a book like this! It is very unique and just an all over good book. I can't wait until the next one comes out, hurry, hurry!!! "

Awesome, that's my description of this book. I cannot wait for the sequel to come out so I can read about Tess's life after going through the Veil...This book almost makes you feel like this is the way heaven would be and how we all came into creation..Very well written, easy read, I could not stop til I finished the book. While reading this book you cannot wait to see how everything ends, it comes together so naturally with a little bit of spirituality along with science fiction and romance all rolled into one...Great book a must read..
Posted by S.B.Niccum at 10:37 AM 2 comments: 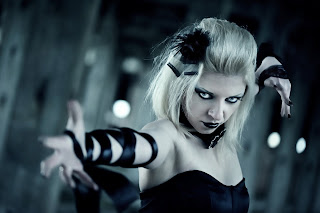 Seriously evil characters are hard to create.  Mainly because you have to get in their head.  You have to think what they think, and feel what they feel, and this is depressing.

C.S. Lewis himself admitted that it was hard to put himself in that frame of mind while writing "The Screwtape Letters".

I've noticed that many authors describe the actions of those who are evil or bad.  They in essence prove it by their actions, they might even explain what triggered this person's evil tendencies.  But what if they had no motive?  Are they just crazy? Deranged? Psychopaths?

For inspiration, I turned to several of the classics that in my opinion, touch on the subject of evil.  I also wanted to research the lives of certain people that I consider to be quite puzzling and insane.
I started my Evil research with Dante Alighieri's "Inferno".  I grew up with Dante's works gracing the bookshelves in my home, that I often scanned while looking for something good to read.

Gustave Dore's illustrations of "The Divine Comedy", always caught my eye.  But I never dared pick them up, they looked too...well...dry.
But when it came time to do this research, I just couldn't resit the title, "Inferno"! 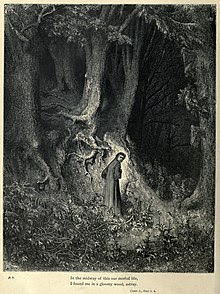 I found Inferno to be extremely enjoyable, like a treat.  Not a page turner, but definitely something that you pick up when you want to treat your senses.  I also learned a lot about the "evil guys" from the period.  I found the people that Dante thought as evil, to be hilarious.  He pretty much sent all the politicians to hell, most of them being Popes.

I also enjoyed all the diverse punishments that he subjugated the souls in each level of hell.  His poetic justice was impeccable.

The other classic works that I read, were "The Screwtape Letters" and "Macbeth".  I really loved C.S. Lewis' wit and sarcasm, from the two devil's point of view.  And I absolutelly adore the three witches from "Macbeth".  In fact I love that play, period. Lady Macbeth, roaming the castle, trying to wipe away the stains from her hands...Macbeth...slowly going insane.  Good stuff.

For a few years now, and don't ask me why, I've been curious about two particular people.  Lorenzo De Medici (Il Magnifico) and Rasputin.

I actually watched a great documentary on the Medici family called "Medici The Godfathers of the Renaissance" a PBS show that follows the family throughout their reign in Florence.

From there, I took off on my own, researching on-line some of the more particular details about their upbringing and in particular one of their tutors, Marcilio Ficino, a philosopher and astrologer who believed that all power can be harnessed through the cosmos.

Finally I read a fun book, for kids actually, about Rasputin.  "Wicked History: Grigory Rasputin"
My kids and I have read a few of these books, Genghis Khan and Vlad the Impaler. But I found Rasputin to be particularly interesting.  And he fueled my imagination.

He was a mystic and a monk.  A perplexing creature who looked like a hobo, indulged in all kinds of excesses and whose predictions were often right.  Someone who entrenched himself into the lives of the most powerful family in Russia, and called all the shots from a dubious sideline.
He was also hard to kill...like a cockroach. He was poisoned, stabbed, dropped into a frozen river and still he didn't die of drowning.  He froze to death. 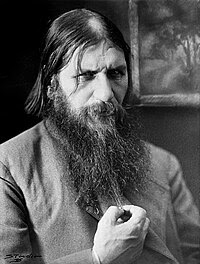 So for my next book "Living Soul", I based my twisted character on a weird compilation of these four sourses.  Spooky, huh?
Posted by S.B.Niccum at 4:39 PM No comments:

Why am I smiling from ear to ear and doing the happy dance?

Personalize funny videos and birthday eCards at JibJab!
Because Veiled has been ranked #8 in Kindle Store and #36 in Books!!!!
Woo Whoo!!!
Posted by S.B.Niccum at 10:36 AM 9 comments: 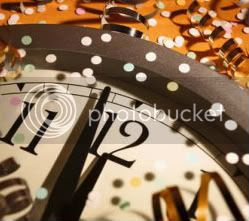 "Incorporating new and wholesome habits into our character or overcoming bad habits or addictions often means an effort today followed by another tomorrow and then another, perhaps for many days, even months and years, until we achieve victory." D.Todd Christofferson


It's that time of year again, when we re-commit to improving our diet, working out and accomplishing some personal on going dream.

Inspired by the above quote, and the article that it came from, I decided to try a different approach this year.

Instead of making a long wish list of everything that I would like to accomplish at some point during the year, I've decided to do 5 things every day. Yep, just five--every day.

They are simple things, things that if done daily will bring about the long awaited result of the "big resolution".

Over the last few years I have come to realize, that it's the small things that make a big difference in life.  The every day laughter, the hug, the things we read on a daily basis, the way we talk to people, the way we choose to see things...

No big event in your life will ever take the place of the accumulation of happy years.
So this year under the big heading of: "Live without regrets" I have these five little things that I will try to do every day.
Live long and prosper.
Posted by S.B.Niccum at 4:25 PM 2 comments: