I am sure many of you have seen this many times before, I personally never get tired of watching it. The callousness of the judges and the people toward this frumpy looking woman, then the change once she sings that first note.

What I see when I watch this clip is not just a social problem, but a metaphor for the soul.

To me this proves that we are not just our crust. We are much much more! Inside each and every one of us lies a soul with infinite talent, beauty and worth. A soul that has the capacity to change the world, to influence people and shine so brightly at times that others can't help but notice.

Susan Boyle brought more than cheers to that audience, she brought change. She made us look inward for a moment and helped us see the beauty that lies within each of us.

Never doubt we are Divine! Never.
Posted by S.B.Niccum at 8:43 AM 3 comments: 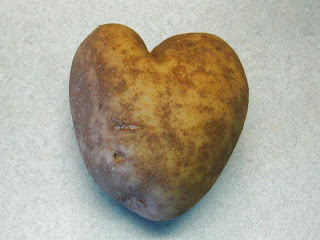 Blogging is not the only way I shamelessly promote my book. Facebook, Twitter, and a slew of other networking things are great ways of promotion. Not just for books, but for everything!
I know some of you get annoyed when someone tries to push their business on you while you are trying to shoot the breeze with your long lost elementary school friends, and your second cousin twice removed—but it happens.
It smells a little bit of telemarketing, you may say. But such is life, you find a way to reach a large number of people for free and WHAM! You get someone trying to sell you something or…in my case, trying to promote something. 
Bragging, promoting and even selling on Facebook, I get. What I don’t get is Farmville and Fronteerville (I didn’t even know about the latter until a few days ago). Perhaps someone should educate me on those things and their obscure messages.
I’m inclined to bet that half the people that post from Farmville have no idea what’s going on, or that they are doing it.
Just the other day I was in a hurry. I was checking my e-mail right before starting school (always a bad idea), and I made the mistake of leaving my Facebook page open on the desktop. I walked away and got my kids started on their math, and forgot all about the computer and leaving that page open.
Later I saw my three year old banging on the computer keyboard and all kinds of things popping up on Facebook as she did so. One of those things was an invitation to Fronteerville. Time seemed to slow down as her little hand was suspended above the keyboard and she smiled at me knowingly.
I told her to “Step away from that computer”, but that only seemed to confirm to her what her next move should be. I ran to the computer as her hand lowered one more time, but it was too late!
I desperately tried undo the damage, but there seemed to be no way out. There was no decline button, no escape at all from Fronteerville. There were only two choices, accept or enter. I clicked the X and got out of Dodge—hopefully for good.
So now, you should thank me. Because you will not be seeing any cryptic Fronteerville entries from me—only my shameless book promoting!
Posted by S.B.Niccum at 5:28 PM 1 comment:

Judge tenderly of me.

I don't want to wake up at six every morning! I've always been a night owl, not an early bird. But my children have turned me into an early bird because they are night owls, and they sleep in until 7 or 8 am. This gives me exactly two hours to write!

This time is precious for me, not only do I get to unload this story on to my computer's memory, but I also get to be alone...all alone. I don't even turn on the lights! I just sit here and write by the light of my screen.

While I wait and wait and wait for the next step in the publishing world to take place, I have been writing the second book in my series, called "LIVING SOUL".

This story--I thought--would be easier to write, since I had to pretty much figure out what happened in this part of the story, before I finished the first one. Oh... it was hard to focus on the first novel and get that done, before I jumped into this one. I wrote bits and pieces of it here and there, when I couldn't restrain myself.

But now, that VEILED is done and third in line (I'm told) to be published, I am having a hard time with Living Soul. Inspiration is not really a problem, I make sure I wake up and inspire myself by drinking a hot sip of mate. 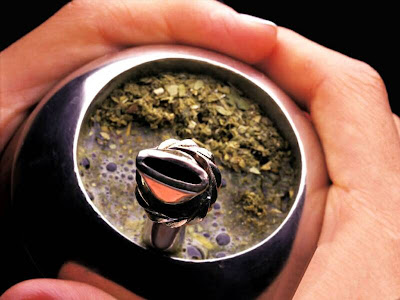 The trouble seems to be rooted more in that innate insecurity that we all feel at times. Emily Dickinson said it best, when she wrote:


"THIS is my letter to the world,
That never wrote to me,—
The simple news that Nature told,
With tender majesty.

Her message is committed 5
To hands I cannot see;
For love of her, sweet countrymen,
Judge tenderly of me!"
Posted by S.B.Niccum at 4:32 PM No comments: