Some Bunny has been busy!

It's Suzie Welker from The Bunny's Review, who is featuring Living Soul today and an informal interview of ... me! Hop on on over by clicking on the Bunny and read her interview, then, if you follow my blog and leave me a comment below, you'll be entered for in the big Living Soul Blog Tour giveaway of a

Yep. Follow me on tour, leave me a nice comment, below, and listo! You're in for the drawing! The more comments you make the more chances you have of winning. So what are you waiting for?
Say something...
Posted by S.B.Niccum at 4:48 PM 5 comments: 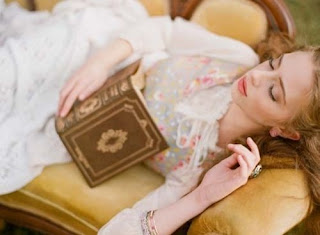 I would like to invite all of you as I tour this summer from blog to blog celebrating the release of Living Soul, the second book of the Veiled Series.

If you have LIKED my page on Facebook, please hop on over to my blog and click the FOLLOW BUTTON, because I can only do giveaways from my blog and I can't give YOU anything unless I see your face on my following box :-)

The Blog tour starts in July and I have several giveaways planned every week, so the chances of winning an Amazon gift-card or a paperback from me are very high!

The one and only requirement to win is that you follow my blog.
So hurry on over and become a follower! (for once ... in your life!)

See the giveaway details at Goodreads.

Enter to win
Posted by S.B.Niccum at 5:47 PM No comments:


There are pictures that are worth one thousand words.

This one, for instance saves me at least two days worth of writing, yet leaves me with the itch to write.

I wonder who she is and where she's going? What happened to her and why she fell from heaven, to walk among mere mortals?
Is she real or a mirage, is she good or is she evil?

Perhaps she's an enchantress like Circe, who's been banished and destined to roam her island until some unlucky man falls pray to her song. Why are we so obsessed with them? But most importantly why do we think them a different race? Why wings? Why the hauntings and the whole mystical fascination? Why can't they be more ... like us? Humans. Dead humans. Do you believe in Angels? If so? Who are they? What are they?
Posted by S.B.Niccum at 4:48 PM 2 comments: 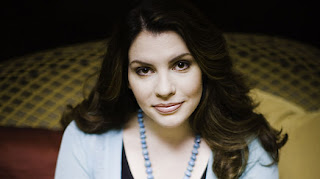 What is it about the Twilight movies that we love to complain about, yet run to the theaters to watch?
Is the fact that it looks a bit like a home-made movie, thus making it seem more real?
Is it the good acting?
Or the story, that makes you want to re-live every moment of it right along with a room full of strangers?
For me, it was a little of all the above plus Stephenie's pluck at putting her money where her keystrokes have been, and producing it.
I love the fact that she's now producing other movies, like the upcoming Austenland.
Look at who's directing it, Jerusha Hess, as in (Napoleon Dynamite's) Jerusha Hess!
I, for one, am in!
Napoleon Dynamite meets Twilight ...
Now that sounds like a good movie!!!!